Celebrating the Lunar New Year of the Rabbit: On an Outing to the Metropolitan Museum of Art

In this post, I write about how I celebrated Lunar New Year and saw a rabbit, listened to a Mandarin-speaking docent talk about silver sculptures of the Buddha and watched an interactive dragon dance performance in the Great Hall.
As we said goodbye to one year and welcomed another, I celebrated Lunar New Year with @juky_chen. From stunning works of art depicting classic examples of the rabbit to drums and a dragon 🐲 dance, it was a truly unique experience that I’ll never forget.
My journey began with exploring some incredible pieces on display of porcelain and jade works depicting the rabbit. In galleries 208 and 211, a Mandarin-speaking docent spoke about different sculptures of the Buddha carved out of silver. Only sixteen examples of this Buddha exist, and the museum owns two. The highlight for me was seeing firsthand how much detail went into each item — something that can get lost in photographs or videos. It made me appreciate more just how much work went into creating them!
Next up were several interactive exhibits focusing on different aspects of Lunar New Year celebrations, including the dragon dance in the Great Hall, kids dressed traditionally, music performances, and much more. It felt like being part of something special as the museum filled with festive joy while everyone got involved in what they saw before them — all while learning more about this important holiday’s cultural background.
Finally, I ended my day by visiting the gift shop, where I found many items related to Lunar New Year festivities, such as fans, banners for decoration, and all sorts of memorabilia perfect for taking home as souvenirs or decorations for future years' celebrations! 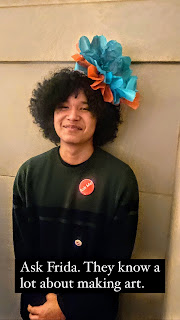 Overall it had been an unforgettable day full of discoveries that will stay with me forever — it reminded me why museums are so important: without their presence, these precious memories would disappear over time, leaving us none wiser than when we arrived!
PDF Copy for Printing
Posted by Greig Roselli at 7:08 PM No comments: 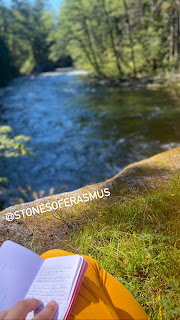 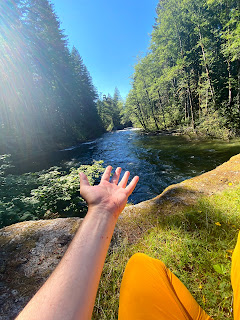 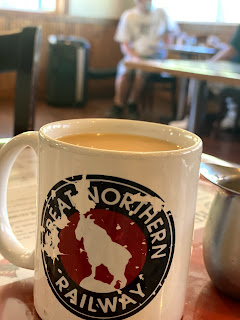 
Today, Mom sent a king 👑 cake to me from @gambinosbakery in New Orleans. @ceiacrema helped me to open and decorate! Who’s ready for a king cake party? And who’s gonna get the baby? As a kid, we used to have Mardi Gras classroom parties. Think a colossal sheet cake from @winndixie covered in purple, green, and gold, and your entire first-grade class goes into a diabetic coma. Thankfully teachers knew to save the cake as a Friday thing (at the end of the day). Otherwise, nobody was learning anything. I know it’s a crazy year to celebrate 🎉 , but it’s Mardi Gras season y’all. Be safe, stay masked, and do your part to stop the spread of Covid-19. But that doesn’t mean you can’t have a slice, honey.

PDF Copy for Printing
Posted by Greig Roselli at 3:13 PM No comments:

In this post, I talk about how Martin Luther King, Jr. is known as a civil rights activist. Still, his legacy is more about human rights -- especially the state of poverty that he believed could be eradicated if humans only have the will to do so.

Today I listened to a brief speech given by Martin Luther King, Jr.'s son, Martin Luther King, III. In the video, he talks about his father's legacy but points out that one message King repeatedly gave was often not emphasized in the praise we often give the slain civil rights leader. It's about poverty. When King was assassinated in Memphis on April 4, 1968, he protested against the poverty wages sanitation workers were given who worked in the city. Workers worked long hours and subsisted on low wages, and many were also on welfare. King espouses the merits of having a stable job and receiving an equitable income as something elusive for Americans. Whenever I talk about living wages today or about the need to reduce poverty, I often run up against tin ears. It's easy to shush away poverty as one of those problems Miss America pageant contestants say they want to defeat (along with world peace). But King was right when he said the problem won't go away unless we have the will to fight it. When I look at the problems beset by the Covid-19 virus, I see a public health crisis, but I also see a crisis that has torn open the inequalities caused by poverty. In the United States, forty-five million (maybe more) live in poverty, which by some estimates is more than were poor during Martin Luther King's time.

So, if you are celebrating the Martin Luther King holiday today in the United States, it is appropriate to sing praise for what he did to secure civil rights, but the road to equitable human rights is still not won.

Posted by Greig Roselli at 8:33 AM No comments: