Every once and awhile an employer or person will ask me about my educational philosophy. As they say — there are many ways to skin a cat — but here is one version of what teaching means to me: 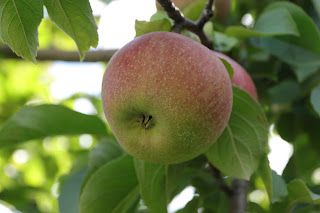 The word “education” derives from the Latin meaning “to lead out.” Teaching is just that. To teach is to lead out. But where is out? And to where are we leading those entrusted to our care? I believe we lead our students out so eventually they will no longer need us. Of course, all young people graduate. But if they graduate and are still dependent on us -- then what have we accomplished? We don’t call graduation “commencement” for nothing. To commence means to begin the journey. Once those in our care depart they will have to guide themselves. We guide our students not so that they will be perpetually guided, but so that they too will become like us -- those who lead others out. That is the purpose of education.

Click the link to read the rest of this post!!
Posted by Greig Roselli at 12:28 PM No comments:

Teaching Humanities to Sixth Graders in Harlem: At the Storefront Academy

In this post, I write about how I was a classroom teacher in Harlem.
For a short stint in 2015 and 2016, I had the privilege of teaching Humanities to a group of Sixth Graders in Harlem. I taught daily lessons in Language Arts, Writing, World History, Guided Reading, and Advisory. My daily journey included taking the Lexington Avenue line from Brooklyn to Harlem's 125th Station and walking to the impressive suite of brownstones on 129th Street between Madison and Park. I could see the Metro-North trains crossing the Harlem River from my classroom window.
The school — founded by Ned O'Gorman, a philanthropic poet- in the 1960s, The Children's Storefront endured as a no-tuition school for its mostly black and brown neighborhood kids through decades. One student even lived so close that their apartment building was visible from my window!
I was only at the school for a year — but I count it as an important milestone. I learned the importance of building a classroom library filled with books representing my kids' identities. We read some cool books — Flush by Carl Hiassen and Bud, Not Buddy, by Christopher Paul Curtis.
The school eventually adapted to changes brought on by the charter school system and changed its name to Storefront Academy, where I taught during its last days as an independent institution. All operating costs were dependent on one hundred percent donations, making it hard for them to persist despite their efforts - something made all too apparent when looking at what used to be a fireplace - now simply serving as a reminder that this house was once home, not only for families but also storefronts - hence it's namesake - Storefront Academy!
Here are photographs from my time teaching at the school:
Click the link to read the rest of this post!!
Posted by Greig Roselli at 11:49 AM No comments: