For Christmas season 2011, I went back home to New Orleans to visit my family and friends. Here is what I did and saw. Read it!

“I am at the moment writing a lengthy indictment against our century. When my brain begins to reel from my literary labors, I make an occasional cheese dip.”

― Ignatius J. Reilly
Anthony sits at a wooden table at the Balcony Bar, a place that looks regal during the daytime but becomes the center of considerable brouhaha at night. Having had a few cocktails, we sit together eating bar food. Anthony feeds me a French Fry. Carrying a tray with hamburgers, Andrew almost runs into a cadre of revelers who are talking so loudly the entire building seems to close in on itself with the noise. We sit and attempt conversation. This is our city every night. It has been a year and a half since leaving New Orleans. Having returned home for eight days I leave again with renewed something for the Crescent City. Martin says Nola (as locals call it) is the best city. He's right.

Click the link to read the rest of this post!!
Posted by Greig Roselli at 2:11 PM 2 comments:

Disparagement of the Photograph in Proust

The Unkind Treatment of Photographs in La Recherche     Photographs are not treated kindly in Proust’s Recherche. In the “Mother’s Kiss” episode in the Combray section of Swann's Way, there is a humorous account of why photographs ought not to adorn the walls of Marcel’s room — for his mother found in them “vulgarity and utility” (v.1, p. 53). The sheer fact that a photograph is reproducible, that another child could have the same photograph hanging in his or her room as some other kid seems scandalous to Marcel’s mother’s aesthetic taste. A photograph is “common” since it can be reproduced mechanically. The photograph is vulgar since it “captures” objects in the world only to reproduce them as commercial banalities. The photograph does not get under the skin of everydayness. Photographs reveal nothing more than the banal surfaces of things and do not penetrate any deeper. To put it another way: the novel is concerned with animating reality, not the banal apprehension of reality.
According to Proust Photographs Point to Vanity     Proust also links photography to vanity. Saint-Loup takes a photograph of Marcel’s grandmother. Noticing she puts on her best dress for the occasion, Marcel reports he feels annoyed at his grandmother’s childishness in wanting to appear her best, a fact that surprises him for he had always imagined her to be freed from vanity (v. 2, p. 500). Proust is echoing the idea that “having one’s likeness taken” is offensive to a pure concept of beauty that ought to look deeper than surface appearances. However, Proust’s aversion to photograph goes deeper than a moralistic stance against vanity. It is not an ethical deprivation which is at stake in the photograph, but rather, what Proust seems to deride is the distraction the photograph promotes and the aura of unreality it promotes. Marcel is annoyed that his grandmother will sit for Saint-Loup to have her likeness taken but she will not spend time with him, a theme that can retrace itself back to the young Marcel in Combray waiting for his mother to arrive with the long-awaited kiss. The photograph gives a false promise, one of deferral, the promise of halting time, anticipation in the guise of distraction.
Take for example the magic lantern: an analog for the disparaged photograph which is linked to the mother’s kiss episode in Combray. It is important to note the unsettling feeling aroused by the magic lantern at the start of Proust’s masterwork for it serves as a prelude to the disparagement of the plastic arts throughout the work along with a distanced awe and astonishment. Where Proust disparages he also obsesses. Where photographs are mentioned in Proust, even in passing phrases, metaphors, or allusion to photography, there is often the anticipation of themes we are more familiar with in Proust, the anticipation of a kiss, questions of real and unreal, the sensory world and the world of ideas, insight versus mere appearance.
Placed over his bedside lamp, the magic lantern entertains the boy Marcel by a show of several points of multi-colored light creating a luminous kaleidoscopic effect that evokes both the camera and the cinema, appearance, and reality, dark and light, all of which make Marcel uneasy. The iridescence is too much. Like light pouring through stained glass, the child’s magic lantern creates a “supernatural phenomenon of many colours,” causing an unreal effect to superimpose itself on the familiarity of Marcel’s childhood bedroom in Combray. Marcel is both awed and discomfited by the parade of lights the magic lantern produces, as it illuminates a story outside of Marcel’s own experience, thus limiting access to an inside inner experience. The magic lantern produces an unreal effect that shakes Marcel, the budding writer, and puts into question his desire to create uniquely and inwardly. “But my sorrows were only increased thereby, because this mere change of lighting was enough to destroy the familiar impression I had of my room …” (v. 1, p. 10). Proust’s point is to show how the luminous photographic and kaleidoscopic effects of the magic lantern discomfit and unrest the artist’s -- the novelist’s -- ability to capture reality. The magic lantern, and by extension, the play of light that is the photograph, an inscription of light on paper, is set against what novels can do, viz., what Proust feels he can do as a young artist, as a novelist.
Click the link to read the rest of this post!!
Posted by Greig Roselli at 11:14 PM No comments:

Marcel Proust On the Advantage of Books Over Images 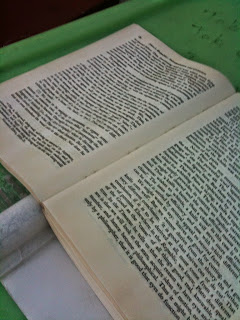 "... a new book was not one of similar objects but, as it were a unique person, absolutely self-contained .... Beneath the everyday incidents, the ordinary objects and common words, I sensed a strange and individual tone of voice" (v.1, p.55-56). While photographs capture objects in the world, they are vulgar since they find what they happen to capture at the moment and so remain in quality a "commercial banality" (v. 1, p. 53).

Posted by Greig Roselli at 3:10 PM No comments: 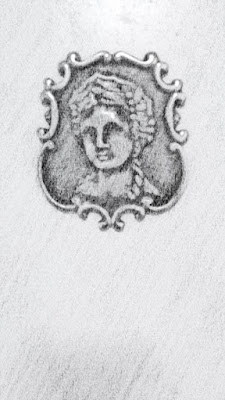 500 Words a Day?
I read once that a writer should write at least 500 words a day before any real writing occurs. To encourage writing one must write. Even if the words evoke nothing. Write. The idea is if you coax the axles of your tired mind, give it a little shake, deeper thoughts will issue forth. To me, it is an innate theory of mind that touts the philosophy that the writer must write. I say only write when you feel compelled to write. Even if it is a short thought write it down. Type it out. I refuse to submit to the notion that there is a wellspring of creativity deep inside of us and the only way to unleash it is to write a bucket load of crap first. To write is to continue upon a notion. Upon a trigger. Upon an idea. To write means to follow up on a nagging thought that doesn't go away with a nap or a dream. To say I write 500 words a day would be to lie to you. But I am not a writer who believes I must write into exhaustion. Once you get the idea. Write. Until then, do other things. Observe. Read. The best advice I can give to writers is to read. A lot. I don't just mean blogs and newspaper articles. To be a good writer read the best of what you wish to write. Not so as to emulate. It is a fable to think that to read others will rub off on you in a bad way. The anxiety of influence is there, of course. But one reads because one realizes that it has already been said, written, done before. The only hope we have as writers is to say something about what has already been said. The most freeing experience is to read a writer who puts into words a thought you've already had at some point. This revelation conjoins you with the world of ideas. The best writers enter into the history of thought by reading the history of thought. And read with a pencil. Underline. Strikethrough. Spit on. Spill coffee on it. The book. If it is an ebook or a library book buy yourself a reading notebook. If you are a young person you will never write anything that amounts to "good" for a long time. I have not written anything good yet. But I feel that I am close to writing something good. It has taken at least thirty-one years to even begin to think I could write something pitch-perfect. I have yet to stumble upon my topic. What compels me to write. Which is why I repudiate the inner writer thesis. It is not so much that what I must write is within me but more that what I want to write about has not been found yet. So, here ends my five hundred words for today. I did it for spite.

Posted by Greig Roselli at 8:24 PM No comments: