Nature and letters seem to have a natural antipathy; bring them together and they tear each other to pieces 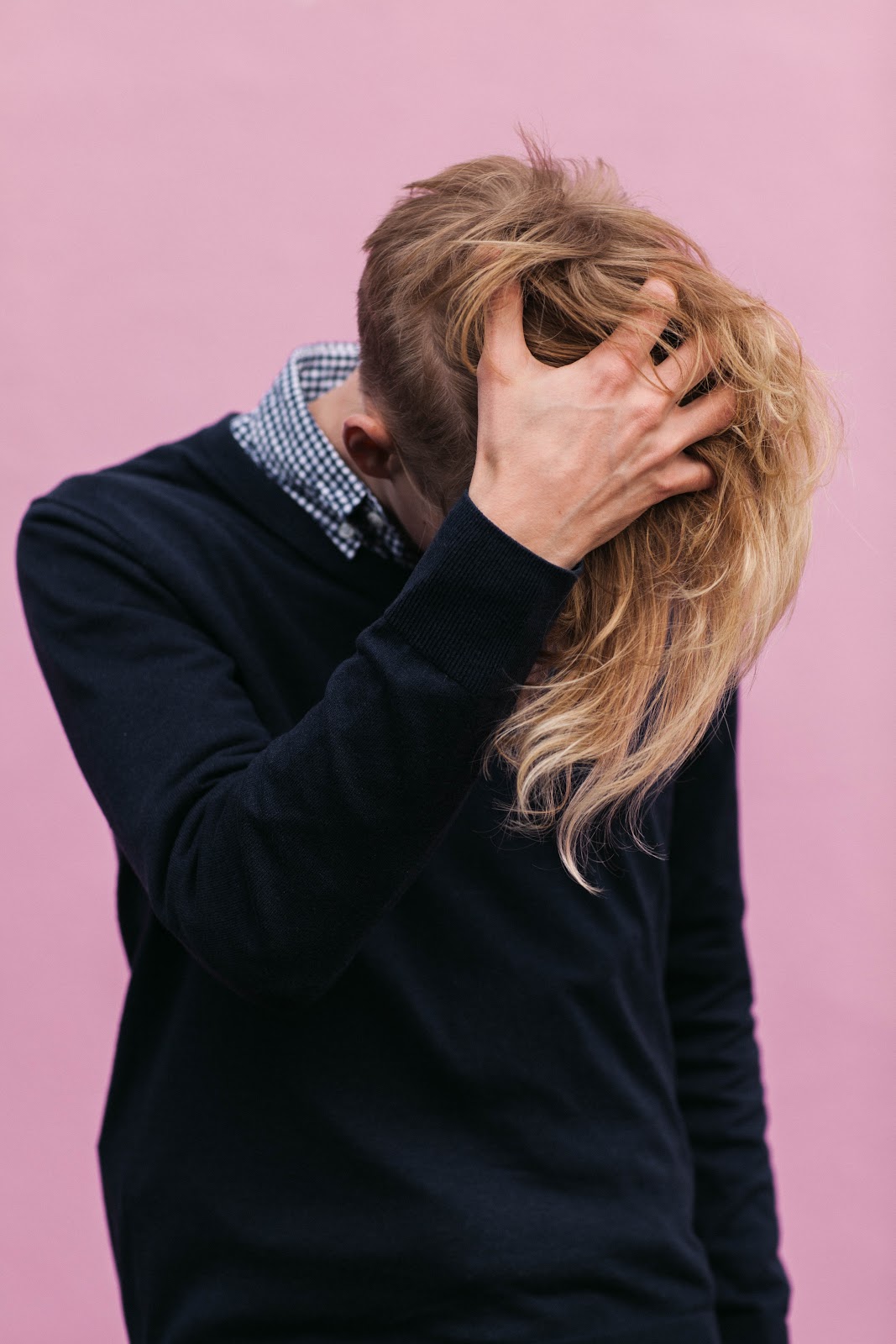 The first realization, in hindsight, that I was not a part of nature, but rather of culture, was when I first assumed that I was a boy and not a girl. At some point in my development culture assigned me the gender of male and I, for the most part, accepted the sign. But, signs, as we know, do not always point to something that is really real, rather, they sometimes merely point — which is an oddity, if you think about it, because we expect a sign to point to something. Real, that is. And when I say the word “something” (or the word “real”) I mean a metaphysical something. This metaphysical something - that for millennia was assumed and presupposed until Ferdinand de Saussure came along and said: No, I don’t think so — there is no referent in language -- language does not point to a something. So does my gender point to something real about my sex or is it just a sign that really leads to nowhere in particular? I would have to say that signs do point to something, but I would hazard a guess that it is not an A = A equation. Rather an A = “A” equation. And when it does point to something, at least something we perceive to be rooted in the real, we cherish those rare moments; we stand back and gasp -- and call that experience Aesthetics. I call it the art of the “awe”. We stand in awe. Like Orlando, in Virginia Woolf's gender-bending novel, standing up after a long trance: always a woman and at this point a man (or a woman). She is not perturbed when she stands up and find herself a man, or a woman, in fact, she is nonplussed. Woolf puts no words in Orlando’s mouth but rather describes the situation as if Orlando is waking up for her morning ablutions or walking her Seleuchi hound. Ordinary events, really (I can hear Woolf chuckling): “It is enough for us to state the simple fact; Orlando was a man till the age of thirty; when he became a woman and has remained so ever since (p. 139). She doesn’t explain anything, as if she has to give a reason why Orlando is now a woman and not a man. We merely stand in awe. Woolf states: “Let other pens treat of sex and sexuality” (p. 139). I guess I am one of those other pens.

In reading the biography of Orlando, I have to step back and wonder what sign indicates who we really are. I usually have taken signs for granted, a given — signposts to help guide me in this strange land (1). Take de Saussure’s tree, for example. The sign for tree seems easy enough, but the sign for “me” is more difficult to get a hold of, despite the omnipresence of our bodies — we can’t escape ourselves, yet we remain indefinitely perplexed by our very selves (2). Especially if we have been disrupted somewhere along the way. Abuse. Violence. These traumas can either be signs of grace or asphyxiation. The signs no longer work. Or grace seeps in and we can see again. The signs that clue us into our gender are based on assumptions about what it means (how it is comprehensible) to own a phallus between your legs or a pair of scissors on your lap (tongue in cheek). These assumptions either become whole or fractured.

Gender is not only a lesson in anatomy – yes, certain physical features of our anatomy, so we are told, designate us as male or female — but there are other dynamics at play here. Either you are a male or a female? It seems easy enough, but already, before the child even leaves the mother’s womb, the infant is beset with the problem of sex and gender. Gender presents a host of possibilities, many of them rife with problems. Just think of all the restrictions that gender places on us (that Orlando seems to be liberated from, miraculously enough).

If you have a penis you cannot speak of shopping with the same reckless abandon as you would if you have a vagina. The who-has-what is culturally conditioned. Orlando can play (and did) both gender sides. Case study: A boy playfully applies his mother’s lipstick when no one is looking (see the film, Billy Elliot or L.I.E.) or a girl dodges her father’s resistance and joins the boxing league, despite the opposition. A father tentatively embraces his son after his ex-wife drops him off. Why is it that these gender roles are so fixed in culture? I know the question is hopeless, but I ask it indefatigably.

Gender remains a cultural construct, while sex is a hazy reminder of our once intimate link with nature. Now that we have shaken off nature, any idea of a utopian society in the feigned vein of a Rousseau (or even Plato) have fallen by the wayside. We are products of culture, and thus, depending on our cultural milieu, must endure certain gender roles that society places on us. I guess we could fight it but I am not going to risk the humiliation of wearing a dress to class with burgundy lipstick. Maybe Orlando can wake up one day, a different gender and amiably stride into her new role – but, I must confess, I don’t think I could do that. The gender roles are too much ingrained in me. Yeah, some gender constructs I can elide easily enough — like the idea of blue and pink as being exclusively male or female -- so that they no longer serve as signs of gender, but rather remain as spectrums in the rainbow of light No matter what we do to fight it, I feel, the legacy of the west remains, placing ideas in opposition (form and matter, good and evil, black and white) as if the tension between the two will actually produce something that is knowledgeable and meaningful. We are so binary about the whole thing. I hate that.

As a boy, I am sure (because Lacan assures me (3)), I looked in a mirror and saw an image reflecting back that I assumed was a whole image of me, even though it was a misrecognized image, incomplete, a partial imago of the real me, flabby, infantile and totally dependent on mum and pop. And I am sure, completely self-involved — more than I am now! Somewhere along the way, I looked in the mirror, butt-naked — like Orlando — and was gendered. Not solely by me. But by my parents. TV. Et Cetera. I was male. I am a male. I was wondering? Especially after a few beers. Will I wake up one day and find myself changed? Orlando had no qualms about her sex: there was no doubt about his sex (pg 1) but she is two-gendered in the novel. It makes for awkward pronoun usage because you don’t know if you should use masculine or feminine pronouns to describe her. In the novel, it is not problematic at all because the narrative is progressive. Woolf brilliantly avoids any grammatical ambiguity although the text remains rather ambiguous. Or is it androgynous?


There is a song by the Crash Test Dummies called “Androgynous”:

Something meets boy and something meets girl
They both look the same they're overjoyed in this world
Same hair revolution
Unisex evolution
Tomorrow who's gonna fuss?

And tomorrow Dick is wearing pants,
Tomorrow Jane is wearing a dress
Future outcasts and they don't last
And today people dress the way that they please
The way they tried to do in the last centuries

(1) I stole this from the title of Walker Percy’s posthumous collection of essays Signposts in a Strange Land.

(2) Percy wrote about that too in his book, Lost in the Cosmos. He describes two phenomena that I can remember: walking by a mirror in a department store and not knowing who that person was you just walked past, so you back up and see and startled to discover it was your reflection in the mirror. Or why is it that when you look at a photo, for instance, a family portrait, the first person you seek out is yourself?

(3) See Lacan's writings on the subject in “The Mirror Stage as Formative of the Function of the I as Revealed in Psychoanalytic Experience”
Posted by Greig Roselli at 8:53 PM No comments: