Greig Roselli
Everything I do centers around writing, reading, and reaching out through art, letters, ideas, and my especial love for café au lait. I also make a mean potato salad.

Contact me about anything related to the humanities and arts and letters. 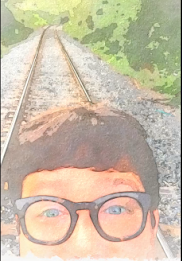 Mini Biography
I grew up in Southern Louisiana, and I studied Philosophy and Literature. After I graduated from college, I became a Benedictine monk. I left the monastery after six years and became a High School English teacher in New Orleans - my first full-time job! In the intervening years, I've taught high school and undergraduate students and tutored all ages. Currently, I live in New York City. I've written education, philosophy, literature, and general non-fiction copy as a writer. I've worked as an educator at the New York Public Library, a Yeshiva teacher in Williamsburg, a Humanities teacher in Harlem, a busboy in casual restaurants, and a library assistant. I've taught undergraduates, high school, and middle schoolers and created dozens of educational resources. I teach multiple subjects (including English, Ethics, and ESL) at an independent school in Queens.
Education
I graduated with a Master's in Philosophy from the New School for Social Research in May 2012 in New York City. I have a Master's degree in English from Southeastern Louisiana University in Hammond, LA. My Bachelor's degree is from Saint Joseph Seminary College and the Catholic University of Leuven, Belgium, in Liberal Arts and Philosophy, respectively.
Recent Publications
I have contributed copy to Noodle, Newslines, Teachers Pay Teachers, and LinkedIn, as well as on my writer's blog. In 2013, I self-published a collection of essays called Things I Shouldn't Have Said (And Other Faux Pas). In 2012, I gave a paper entitled "Proust and the Problem of the Photographic Image" about modernity and realism in philosophy and the fate of the novel. I was also featured in the Fall 2010 issue of Canon Magazine, an interdisciplinary journal for the New School for Social Research in New York, for a piece on wonder. I contributed a chapter, "Youth, Masculinity and the Shattering of Sight in Snow," in Essays Interpreting the Writings of Novelist Orhan Pamuk: The Turkish Winner of the Nobel Prize in Literature, by Nilgün Anadolu-Okur published by the Mellen Press in June 2009.


Curriculum Vitae
Check out the CV and my Intellectual Biography. I also have written a teaching statement which you can read here. In addition, I have also compiled a history of my professional development activity as an educator.

Curiosities
I am interested in genealogy and did some work on the Greig, Roselli, Perronne, and Killman, (et al.) family history. I collect MAD magazines, and I used to collect die-cast cars. I'm a cinema buff (François Truffaut is a favorite) and a voracious reader, and I have a penchant for coming-of-age stories.
Teachers Pay Teachers
Follow me on Teachers Pay Teachers! I have a catalog of Philosophy and English Language Arts related resources for the middle and high school classroom. Share my linktree.

Greig Roselli
I am an educator and a writer. I was born in Louisiana and I now live in the Big Apple. My heart beats to the rhythm of "Ain't No Place to Pee on Mardi Gras Day". My style is of the hot sauce variety. I love philosophy sprinkles and a hot cup of café au lait.
Home
Subscribe to: Posts (Atom)