Turning the Page to Proust


Posted by Greig Roselli at 2:52 PM No comments:

One night in the East Village for dinner I ate at the Lan Café with some friends.
Eating Dinner at Lan Café
The sanguine salute Sham gives is accompanied tonight with a warm cup of tea and a smile. To fancy a cup of tea is a prelude to friendship. An exchange executed with grace and humble style; cooped together in his tiny East Village apartment, Steve and I, along with Srngara, his wife, and Nitai, their son, quibble about theater, Krishna, and whether the Lan Café is the best vegetarian restaurant in Manhattan. Or anywhere. Steve says drinking their freshly squeezed carrot juice is like drinking a garden.

Stones of Erasmus does not purport to be a food column. So I do not claim an argument for culinary taste on these pages. But I feel compelled to write about the Lan Café.

The waiter greeted us with pleasant monosyllables. "Good," "Everything," "Yes?" "No." Then a few choice two worders. "Of course," "You like?" "Heh heh."

The "heh heh" was for Steve who said the food tasted like kissing Woodrow Wilson's wet lips. That was meant as a compliment.

Vegetarian Dishes are Palatable (Yum-Yum)
I should say, along the lines of a food critic, the Vegetarian Shrimp Papaya Salad is doubly sweet and spicy without a hint of overindulgence. It's made from pieces of vegetarian shrimp with a healthy dose of bean sprouts. The sauce makes the dish.

The kitchen staff prays a mantra over every cooked meal.

The dining room is intimate which encourages conversation with other guests. Two couples dined next to our boisterous table. Across from us a group of New York intelligentsia dined while chugging Brooklyn Lager.

When people popped in to check the place out, Steve would opine, "Come in. This place is the best restaurant in Manhattan." The lady next to me wondered if Steve was being paid for every promotional sentence he uttered.

And for Dessert? Something Carrot-y.
When Nitai tasted my carrot juice (like drinking a whole ripe carrot) his eyes widened and he danced a jig. A kid dancing a jig is enough for everyone in the place to stop what they're doing and stare. He told the captive audience (the other restaurant-goers) that the carrot juice was "soooooooo goooooood" but, he said, "it just needs some chocolate on top." I told him chocolate would spoil it. Nitai didn't seem to agree.

Who can argue with a six-year-old? A woman crooned, "Oh, he's so cute." I waited for her to say, "Can I take him home with me?" People do not talk like that.

We walked home with freshness in our bellies and guava candy in our mouths.

Teaching: On Whether It Matters If Students Care

While I certainly agree that some students chronically show up late, text, yawn, seem detached, and so on -- I don't think these facts alone demonstrate a lack of caring.

I teach at a community college in New York City. My students juggle family obligations, multiple jobs, and for some of them, court appearances and meetings with a probation officer. Most of them are looking for a second chance. In their late 20s to early 40s, they turn to community college to help them gain an "edge." It's a mixture of chance and hard work that will determine their success.

We live in a society that deems college is for the few. Community colleges want their cake and eat it too. Is it possible to offer everyone a college chance?

The problem is the concept of community college has been a conflation of "trade school" and "associate college." At one time in America, the two were distinct entities. One went to a trade school if you wanted a certificate in air conditioning repair or a plumbing license. The term is seldom used. The elevator I take every morning reveals a vestige of this past. Engraved on an inconspicuous plaque one can see the school I teach used to be a trade school. The moniker has now been mostly eradicated. We say "college" now but we remain ambiguous about what such a "college" should provide.

I teach Introduction to Philosophy. It's better suited to an associate or bachelor undergraduate program. But at my school, it's offered as an elective. The students in my classroom want to be police officers, medical assistants, pharmacist aids, or paralegals. The majority of them do not see the value of philosophy.

Does this mean they don't care?

A teacher who teaches College Algebra also complains her students don't care. "They come in late." I ask her if they see Math as important. "Nothing is important to them," she says.

I too am irked by the tardiness, the texting, the seeming lack of care. But is it lack of care or confusion about what a community college should be.

I'm not sure if you will ever need philosophy to be an effective medical assistant.

Nor will you need "system of equations" or "slope-intercept form" to be a successful police officer.

The confusion lies in what it means to be college-educated.

I'm not saying throw out Introduction to Philosophy or College Math from the community college curriculum.

But we should as teachers address the issue of "care" head-on.

If students don't seem to care then it suggests they were never instructed how to care.

How to teach students to care? Show you care.

Even this alone will win over a few.

The sad reality is that all our students care (this fact alone does not determine their success). They care very much (or they would have never enrolled in the first place). But care is not enough. Other things take hold of our students. Things we can't control.

So all we can do is hope. Hold fast to our expectations. Start class on time (even when only two students out of twenty are on time). Hope.

If we say, "our students don't care" then what we are saying is "I don't care either."

PDF Copy for Printing
Posted by Greig Roselli at 1:28 PM No comments:

Story of a Vocation: There and Back Again 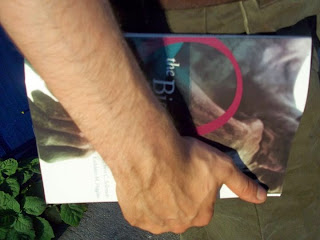 A Story from My Fifteen Year Old Self
I was fifteen years old: naive, mischievous and lonely, awkward with my body, my voice ~ and my words - my very being. The gash of Mom and Dad's divorce was still raw; I felt ripped apart inside, hurt and distanced, unsure how to appease the increasing emptiness in the pit of my middle. I read novels in a walk-in-closet. Nicholas, my little brother, would peek in on me and wonder what the hell I was doing! When I wasn't absorbing the back of a cereal box or a Vonnegut, I used my bicycle to broaden my geographical horizons. I befriended a beloved librarian, a resilient French survivor of the guerre mondiale, a cassocked conservative priest and an existential liberal Jew. Those were my comrades. Even, very briefly, a traveling antique salesperson who voyaged in a Volkswagen van became my friend. In between visits with all my friends I took refuge in the church, hugging the venerable wood pew, using my spiritual imagination to conjure some image of a future. I would ask my reluctant mother to bring me to Sunday Eucharist - at first she thought it was a phase, like my recent attempts to collect every matchbox car ever made, then she became more hostile when I told her I wanted to be confirmed. Then I told my family I wanted to be a priest!

A Warm Christmas Fire Was Burning
Maybe it was in those bike rides to confirmation class, or in those angry
battles with my parents about my life, about our life, about freedom. Or with my
great friends, the realization that someone outside your clan can love and accept
you for who you are - you grow to love and accept them, that I realized in a
process (that is still continuing) churning away inside of me like a warm Christmas
fire was the hearth of calling.

Now I teach philosophy and write about art. Is this my new religion?

Learning About Folk's Faith Journey I am interested in people's journey of faith. Where did it lead you? Are you the same "faith" as you were when you were younger? Why or why not?

PDF Copy for Printing
Posted by Greig Roselli at 4:34 PM No comments: