Meditations Aboard the Saint Charles Streetcar 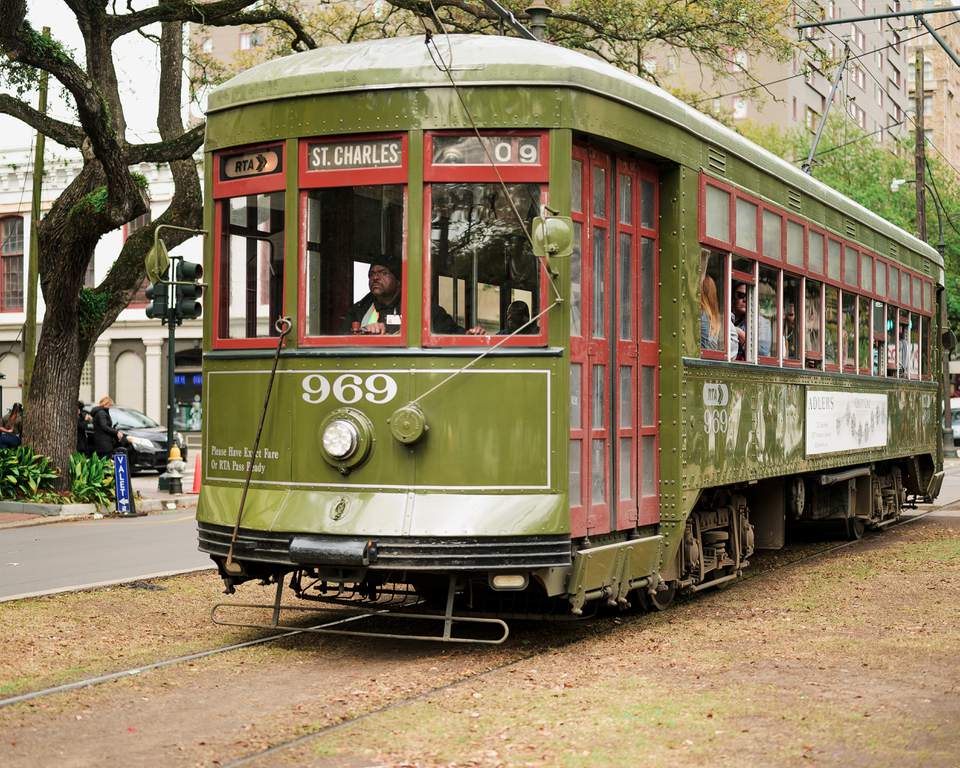 So, I walk, meditating again in the urban jungle.  Suffice it to say I am on a journey, a mediocre journey (I have come to terms with my own mediocrity long ago) and not always sure where the road will lead. I am okay with only having questions.  I am not so naive, or vain, or prideful (thank god) that I need answers. I am a seeker. That is the best word that describes my spirituality. I am a seeker on a particular rung of the wheel.
To me, the ascent is rather a wheel than a ladder. A ladder presupposes one way up; while a wheel implies by its very design that different spokes can reach the same spiritual center.  The wheel turns with all of its spokes intact.  The center will hold; I believe that.  I am on the streetcar now and it has come to a stop, so I really have to get off now.  I can hear the driver yelling already!

PDF Copy for Printing
Posted by Greig Roselli at 6:18 PM No comments:

It has been over thirty years since the Vatican Council began, since the renewal of the liturgy and the subsequent changes that have affected Catholic worship as we know it was first set into motion. I was born in 1979, more than a decade after these changes. I grew up knowing nothing different than the Mass that I know today, in the vernacular, which was the familiar language of English. I only know Mass, where the priest faces the people, not the other way around.
Little did I know as a boy in Catholic grammar school that the liturgy and worship of my time and place had had a long and tumultuous history, a journey spanning two millennia, from the breaking of the bread recorded in Acts (2:2), to the Greek concept of koinonia, the Orthodox liturgy of the East, to the dramatic Papal displays of Medieval Europe to the Tridentine Mass so familiar to a whole generation of Catholics who came before me.
So, reading the document on the liturgy from the Council today, more than three decades later, is very interesting because it is essential to go back to the source of what changed dramatically, a liturgy that had been practically unchanged since the Council of Trent. What has really changed, and what has really stayed the same? What did this document have to say, and how have we been faithful to it in our interpretations?

Click the link to read the rest of this post!!
Posted by Greig Roselli at 5:33 PM No comments:

Bobby was bigger, but only by a few inches; in a fight, he always toppled me
effortlessly to the ground
with a swift kick of his Keds, a warm thud: undulated by the trampoline’s
attraction to the center of things.  Bobby snarled like an innocent kid on crack as he stood over me, his hair almost falling into my face —
then laughing, jumping into the air,
landing on my belly
laughing —
again

I was angry by this
invasion after school with something I could only guess was
fucked up camaraderie,
his cat calls of queer only adding to the sting of the taut tarpaulin,
the weight of Bobby,
my own inability to stand on my own two feet, the feeling of
discontinuous motion,
too fueled with raw gut to understand what he meant when
he pushed his weight on my stomach,
his Abercrombie jeans against my ribs.

If there was intimacy,
it was only for a moment —
and even then,
I surmise,
illusory
for
he took my head
back to the grainy tarp, my face a contorted red mash:

His suck-my-dick mantra seemed a distorted fraternal gesture,
an initiation into the world of men,
inverted love and affection parading,
threatening to undo me —
pinning me in a corner,
giving me a cruel chance to

not verily “men loving men”
as I would read about later —
when I got older —
not a continuum —
but fractured fraternity,
violent;

And he would
clap my back after we fought
as if it was a ritual of friendship.

as if the previous humiliation was nothing, really, as if I had nothing to be ashamed about — any feelings I might have had were none at this moment because Bobby was kind
and generous.

You did okay for a pansy.  Really.
Can I borrow X-Men?

But, he was my friend.

Bobby in his white cotton v-neck Fruit of the Looms
and Abercrombie jeans,
wiry blonde hair —
(he didn’t sleep; red circles around his eyes)
would
graciously accept my comic books
as a token of some sort,
a secret pact between us —
and he would bring them back,
in their plastic slipcases,
as if he knew they were precious to me,
punching my chest with a cordial
fuckface,
not too distant from my mother’s call
to come to dinner.

Posted by Greig Roselli at 2:22 AM No comments: