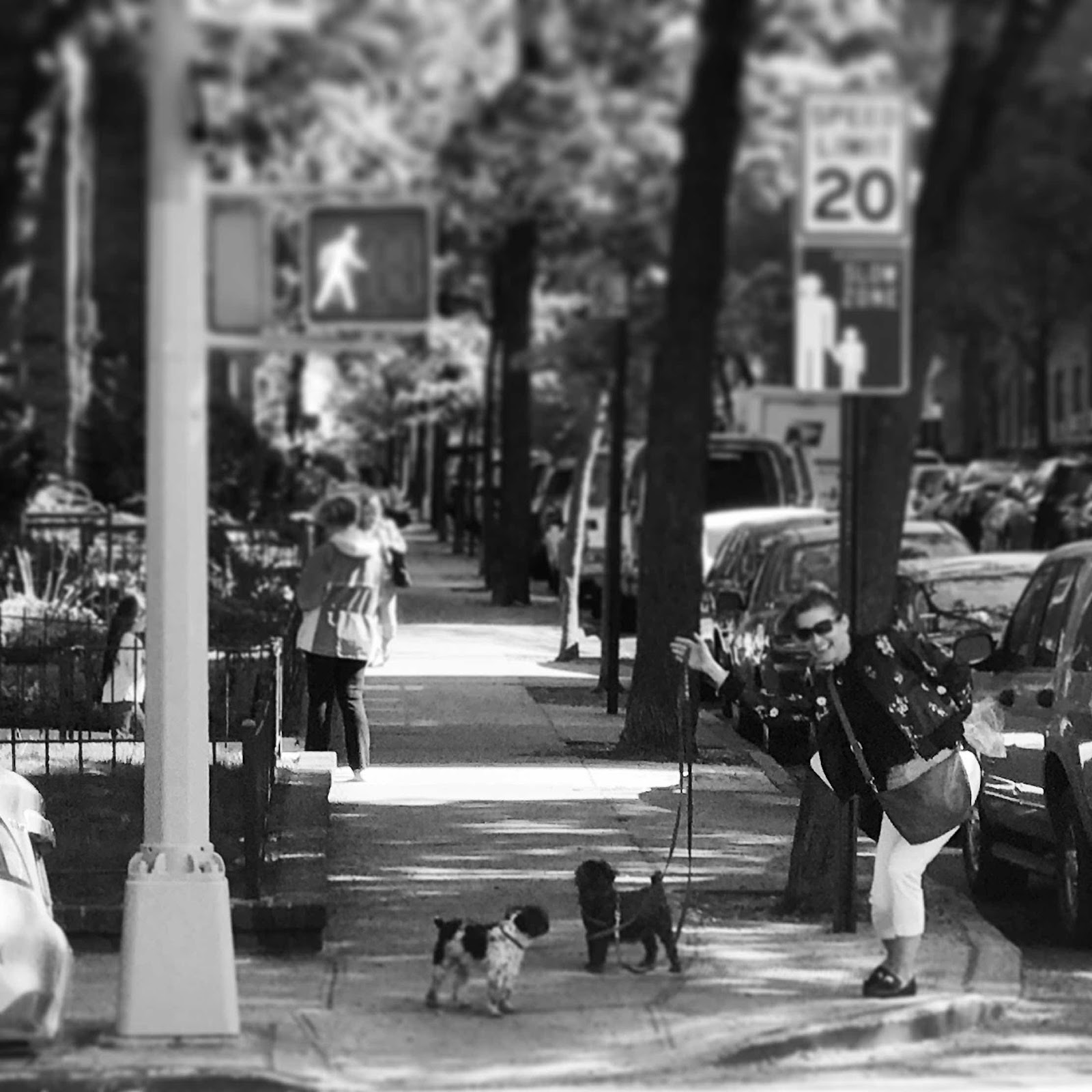 I love this photograph (even though I took it). If you look at the image carefully you may notice I used “tilt-shift”. By shifting focus and adding a blur effect, the images become “toy-like”. I’m gearing up for the new school year so I’ve spent time these past few weeks planning and creating lessons. I do have a TpT store  I mainly sell English, Humanities, and ESL lessons for middle and high school students - but my philosophy and ethics lessons are suitable for undergraduate and adult learners. I use pictures like the one I took (above) in my classroom - taken from “What’s Going On In This Picture?”, a learning experience from the New York Times, I get my students engaged in visual literacy. It’s amazing what you can do with ten minutes. Ask your students what’s going on in this picture? Zoom in. Go further. What details do you notice? What makes you say that? My ESL students build their vocabulary skills because we’ll label what we see using the picture word induction model. I’ll also make them create a caption. Google Docs or Slides are great for this type of project. I make a template with the picture inserted into the Doc or Slide and make a copy for every student (using Google Classroom). After we label the picture we build sentences and categorize the objects we’ve found. As an added activity, we predict what’s going to happen next. Or, for creative types, we write a short story. Let me know in the comments how you use pictures in your classroom to encourage thinking and writing.
PDF Copy for Printing
Posted by Greig Roselli at 8:26 PM No comments:

Before you read: In this teacher's journal I do a quick reflection on my old friend who once told me he tells his students: "You may call me sir, or God."
I had an older teacher friend who said he would tell his students, "You may call me sir, or God." I thought it was funny. I get the either/or. Either you respect me or you respect me. You get it? Disregarding the tautology, all this talk about divine authority makes me think about my mother. I have been prone to talking to my mother on the phone a lot lately. She likes it because it is uncharacteristic of our relationship. We have gotten closer over the years but it has been the last few years that our mother/son relationship has gone to new levels. We are both adults and even though I am still her son we parlay at the level of related adults. You hear me? It is gratifying to reach that level of intimacy with a parent. Not that I let it all hang out. Mind you. I am civil. But I am more honest and less afraid of reprisal. When you are a kid you are rather incompetent compared to your parents who lord it over you. It is the way of the familial structure. But as you grow older you either do three things. You drift away. You stay at the level of infantile / parent  — where mom and dad are always in charge — or you coalesce into something new and different. So. This is why I am more open — and — I think why I am more confident in general. It probably helped that I came out to my mom a few years ago. That helped to even the playing field. And that openness has made me more pliable to the cascading nature of power. It comes in waves — and like a wave — it plunges you into the deep with a secret; but, once the secret is revealed the power of the secret is lost and I am able to be made new again. Do you see the connection? So that is the way of mortals — neither animals or gods. Something in between. But you may call me sir, or God.

PDF Copy for Printing
Posted by Greig Roselli at 8:12 PM No comments:

Working Every Day With Kids
I'm a teacher. I don't have a classroom of seventy kids. My largest class has twenty-three students. I work at a small school. There is a lot of interaction between teachers and students and I'm often in the middle of things every day. Because of my schedule, I get to teach several different subjects to different age groups. I teach two different groups of Sixth graders once a week. We've had this schedule since September.

Teaching Kids How to Research Online
I teach a class called Research. We do activities in the computer lab. I make them create customized Google Maps. We use Google Earth. For one lesson the kids created their own Encyclopedia Britannica online account. I teach them how to find good resources online. I make them take notes on Google Docs. I talk about Internet safety. Sometimes we play silly HTML games online. It's an easy class to teach because we’re doing stuff I like. Give me an encyclopedia or an atlas and I'm lost in it for hours. I'll forget to eat or take a shower. So I'm in my element twice a week on Mondays and Wednesdays. It's the closest I get to feeling like a librarian. Also, I get a kick out doing Internet-related stuff with kids. It's interesting finding out how much they know. Eleven and Twelve-year-olds are also really hilarious and curious.

Creating Surveys to Teach Qualitative and Quantitative Questioning
Leveraging my students' insatiable curiosity, I made them create their own Google Forms. We did a unit on qualitative and quantitative questions. How many hours do you spend online? That's a quantitative question. How do you feel about going to the dentist? That’s a qualitative question. And I talked about the differences between open and close-ended questions. Using those two concepts we created surveys. A large percentage of the kids wrote survey questions about video gaming habits. Elliot wrote a survey collecting information about eating-out habits. And another kid named Amber wrote a survey that used Google Form’s redirect feature to make the survey different based on answers respondents gave to questions. It was the first time I had ever made kids make their own Google Form. So I was happy. Sending out the Forms to others took some work, though. Kids had fun emailing the persistent link to friends, teachers, and family - but, to be honest, the kids who had their parents post the link to other adults via social media garnered the most results. I was impressed that one savvy researcher amassed 70+ results. Most of us managed only to get twenty. But the goal of the lesson was in designing and creating the survey - not in its popularity. So I praised kids’ design efforts over popularity.

Creating Google Forms With Students
If you want to do a similar lesson with kids keep these things in mind:

Other Things to Consider:
Explain to your students that they're conducting research using qualitative and quantitative data and exploring general interests and preferences. They're not collecting personal information. Don't collect first and last names, addresses, emails, or birthdates with month, day, and year.

If your school is not set up to use Google Apps don't worry. If kids are thirteen and older they can create their own Google accounts. If kids are under thirteen, they'll need parental permission to make a Google Account for kids.

Proofread your kids’ work before allowing them to send it out to the world. Once you decide a survey meets your standards make the student draft a Researcher’s Letter and save it to Google Docs. That way they can be like real data scientists.

An Example of Student Work

Dear Friends, Etc.,
I’ve created a qualitative and quantitative survey to represent students in Middle School and their favorite things (this survey only applies to students in 4th, 5th and 6th grade.). I’m conducting this research for a school project. I am not collecting personal information. Thank you for taking this survey!


What Has Been Your Experience Teaching Kids Online Research Skills?
Thank you for reading my blog. I write a lot of stuff about different topics; so, I hope you enjoyed this one about using Google Apps in the classroom. Let me know in the comments if you've ever experimented with Google Forms in a classroom setting.
PDF Copy for Printing
Posted by Greig Roselli at 11:17 PM 4 comments: