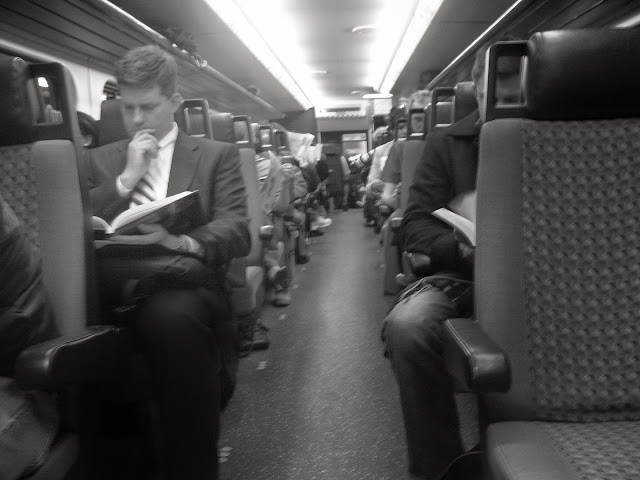 Dvořák strums his fingers on the dashboard,
a melodic lilt to the tune of lips.

Bells ring successively, a resonant thud that
dispels the cold (morning), an evocation
of circles in disturbed coffee,
stained Styrofoam forgets about the lingering smell.
Empty cans shift near the axels by my feet.
I stoop to catch one before the exposed tram
wheel slices my hand from my wrist,
(my body parts would’ve been strewn there. music dissonant)

drives by
PDF Copy for Printing
Posted by Greig Roselli at 3:07 AM 1 comment:

Greig Roselli
I am an educator and a writer. I was born in Louisiana and I now live in the Big Apple. My heart beats to the rhythm of "Ain't No Place to Pee on Mardi Gras Day". My style is of the hot sauce variety. I love philosophy sprinkles and a hot cup of café au lait.
Newer Posts Home
Subscribe to: Posts (Atom)