Do you remember playing with a magic slate as a child? Learn how Sigmund Freud uses this device to talk about the unconscious mind. 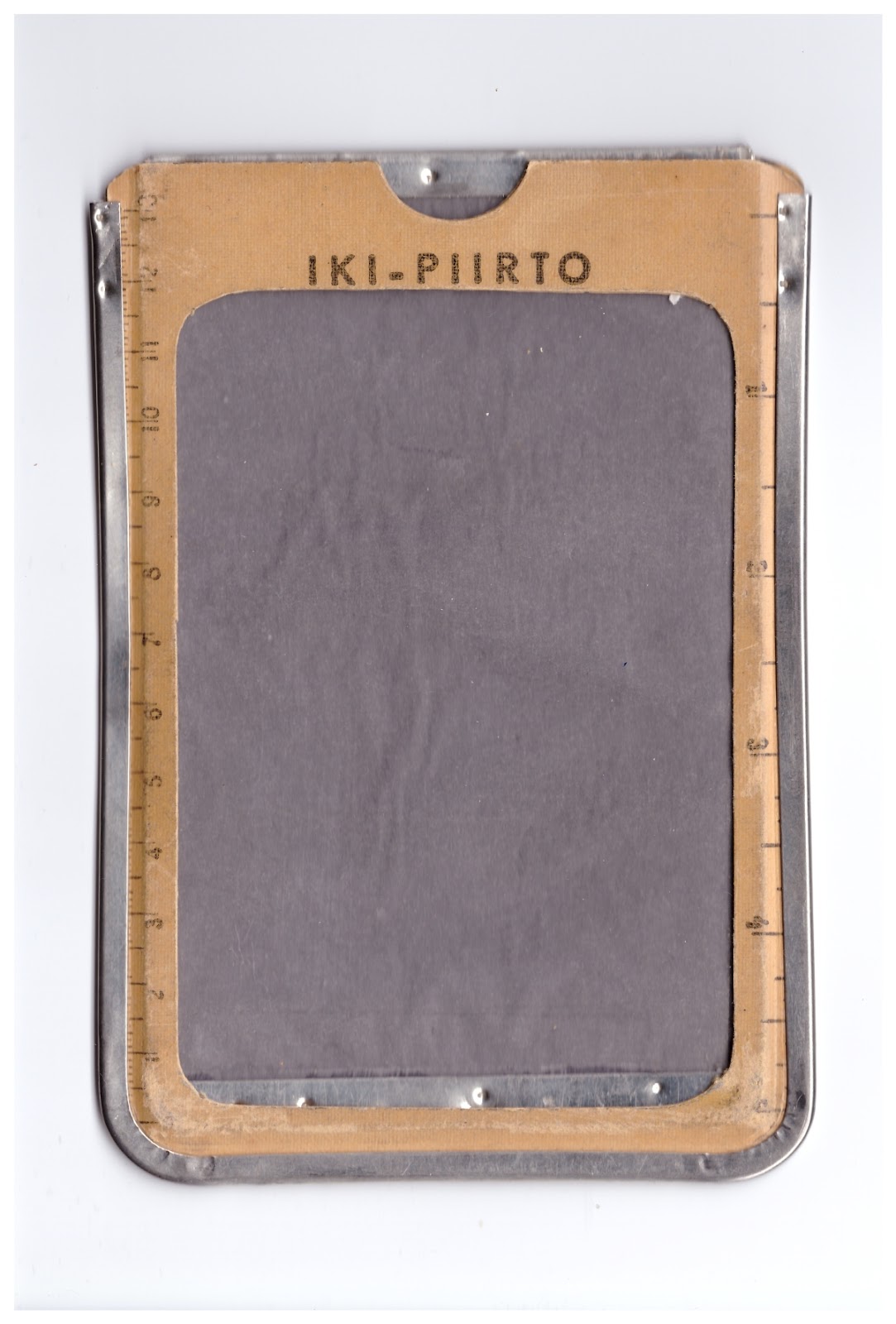 Do you remember this toy from your childhood? It’s charmingly called a “Magic Slate” or an “Etch-a-Sketch”. In German, the Wunderblock. I had a version of this toy as a kid. The novelty of the apparatus consists in the ability of the pad to retain impressions, such as drawings, and like a normal slate, the impressions can be erased, but not by an eraser but by simply lifting the page. Presto. Freud and Derrida loved this thing. Freud liked it because the Magic Slate is a model for the human mind. Psychoanalysis! Derrida liked it because Freud's reading of it seems to suggest the unconscious is inhabited by writing and is prior to speech acts. Deconstruction!
Deconstruction!
The stylus is used to write, scribble, or draw on the transparent plastic sheaf which creates an impression on the middle thin layer. The magic slate I had as a kid was a simple plastic, red stylus. The slate itself was a flimsy plastic backing with the “magic sheaf” part lightly affixed to the backing.

When the sheaf is lifted, the thin papery layer which exists beneath it is erased of its impression. At the bottom, a resinous wax layer exists which retains etched into the resin the residuals, or traces of all the previous impressions.

Freud on the “Magic Slate”
Freud wrote a short seven-page essay called "A Note Upon The Mystic Writing Pad." He wrote the essay to explain his theory of memory via the working apparatus of the Wunderblock. The outer coating represents the protective layer of the mind. The layer protects the mind from too much excitation. Notice if the thin paper layer is torn or contaminated the Wunderblock ceases to work in the same way that trauma can irreparably damage the psyche. The stylus represents a stimulus from the outside world. The papery layer is the conscious mind and the wax resin is representative of the unconscious.

The memory of the present can be erased, but like the mind, retains the impressions in the unconscious. The Wunderblock can both destroy and create.

Freud thought the Magic Slate was the closest machine-toy resembling the human mind. The only difference between the Wunderblock and the human mind is the mind's waxy resin layer can come back and disrupt the psychic life. Notably in dreams and trauma.

Derrida On Freud
Derrida, in an essay called "Freud and the Scene of Writing" was astounded that Freud, as a metaphysical thinker, could have inadvertently stumbled upon a machine that is a metaphor for the techné (production) of memory.

Derrida wonders how Freud could have imagined the Wunderblock to represent the psychic life while not realizing that the fundamental essence of the toy, like the mind, is its reserve of graphical traces, not phonetic signifiers.

Watch "The Wunderblock," a video of an art installation by Arnold Dreyblatt.
I wonder what Freud would have thought of the iPad? Or Derrida?
I'm sure both would agree that the iPad, nor any machine, can resemble the mind. When information is erased on an iPad it’s not deleted permanently. It’s buried under a trove of 0s and 1s. One can extract information from a computer’s memory - even if it has been deleted - if one has the proper skills and expertise. But even so. If you really want to delete something you can do it. Memory on a computer can be erased forever if you delete it enough times.

But perhaps - then - data on a computer is highly duplicatable. Data may have been duplicated onto another machine; or, onto cloud storage (like Dropbox or Google Drive). Using the analogy of copying and storing digital files to the way the human mind works doesn’t seem to be the strongest analogy if all the mind is, basically, is a duplicator of information.

The mind does not copy sense impressions in the same way a mechanical toy does. The input/output factor of the mind is dynamic. What Freud saw was the mind’s ability to resurrect traces of memory back to the surface; but what is truly fascinating is the mind’s ability to make wonder out of its sense impressions - to go from imprint to sheer awe. No machine can quite accomplish this feat. Only the dullest, uninspired human can do that.

PDF Copy for Printing
Posted by Greig Roselli at 2:16 AM