On the Imagination: Doors Are Indicators of Openings Into Other Worlds

I took a class in Graduate school on the Arthurian Legend. I wrote a paper on the duality of evil and good children in the myth - relating it to the Hollywood movies The Sixth Sense and The Good Son. Anyway. One thing I took away from that class was how the idea of doors as portals into other worlds is an old archetype located in the oldest myths and stories that have sprung from humankind's first stories. In the Hindu story of Krishna opening his mouth as a child to show his mother the universe, to the Celtic stories of fairy mounds and magical portals, to the Lady of the Lake breaking the surface of the water to reveal the legendary sword Excalibur. If you live in New York City, stepping into the underground concourse of subterranean subway tunnels is a daily excursion into the upside, downside aspect of city-living. The Netflix Television series Stranger Things is a recent foray into this genre. The show has created an entire mythology around this old concept in its imaginative world-building of the Upside Down. I like how Phillip Pullman in his fantasy series The Golden Compass has his hero wield a blade that cuts into the fabric of space and time, thus able to cross between worlds. Or, that famous image from the movie Poltergeist in which Carol Anne extends her hand toward the white, emanating glow of the television set. Portals can be sunken into the imagination of tales and storytelling told by the fire, but there is a truth in the telling. Fantasy fiction, as well as science fiction, uses portals and doorways. For example - Dr. Who's T.A.R.D.I.S. is the stuff of science fiction lore, but the idea of a quantum-powered engine that can skip across space and time seems plausible. And with images from astronomers showing us what Black Holes sort of look like, the idea of traversing across the universe through cosmic doorways seems real to me somehow. We (i.e., humans) just don't have the technology. Yet. I wonder if in the forthcoming centuries we humans will make the old legends true. We first have to figure out the problem of massive incoming changes in the earth's climate that is fastly becoming our next existential threat - but after that! - we have goals to tend to - ad astra!


I found this whimsical video on the video streaming app Tik Tok. I am not sure if this place actually exists - but if it does I want to go there! Video Source: @elliedothoe

PDF Copy for Printing
Posted by Greig Roselli at 8:11 PM No comments: 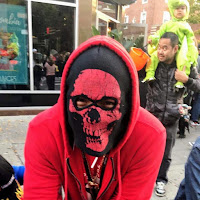 Annual Jackson Heights Halloween Parade
In Jackson Heights, every year on Halloween, the local "Beautification Society" hosts a parade on 37th Avenue. My school participates, so I have, for the last several years, marched in the parade. I love seeing the kids and adults who have lined the street, mostly dressed up and in a spirit of "being costumed." I feel like when kids, especially, wear costumes, it can be a moment to channel creative energy and to pretend to be someone you're not.
Third Grader Channels Pennywise the Clown
One kid I met on the route was dressed up as Pennywise the Clown — there were several permutations of this character, a malevolent force in Stephen King's novel-made-movie IT. I was struck by this Third-grader wild abandon into the role, like the video, posted below, demonstrates. Happy Halloween!

Posted by Greig Roselli at 8:27 PM No comments:

Throwback Thursday: Pet Hamsters Were All the Rage (and My Pet Hamster Hails from Another Dimension)

Here you go — a throwback post of a memory from childhood of our pet hamster, Hammie.
I swear to God - Hammie the Hamster lived for a good six or seven years. But it felt like she was always around. She lived from like 1989 to God knows when - how many times did we release her into the yard to nibble - and store! - clover?

You see - Hammie was a magical creature.

My younger brother and I created our own made-up mythology - partly based on Noozles - an animated series that ran on the children's cable television network Nickelodeon - the show featured hidden portals and an interdimensional wizard koala that ends up in our world. Instead of koalas, my brother and I made Hammie the star!

Hence the longevity. And the adoration.

PDF Copy for Printing
Posted by Greig Roselli at 12:33 PM No comments:

A Gloss on the Child and Wonder

Warning: This is merely a gloss and not a full argument. I am trying to think of the implications of the following issues for a larger paper on the topic of wonder: In 18th century British genre painting, the novel and lyrical poetry gives rise to the notion of the child as a category of spontaneity and innocence. Blake, exalts the child in his Songs of Innocence and describes experience as a rite of passage in the Songs of Experience. Art in this period glorified the child as well, like Gainsborough’s the Blue Boy. The child as imaginative exuberance fits nicely into the Romantic project for what poets like Blake, Wordsworth and Coleridge tried to do was to break away from the stodgy hierarchies of Classicism to create a new kind of poetry that favored immediate experience and truth-seeking through the natural, everyday things of life. Coleridge sought to find the extraordinary in the ordinary, creating nostalgic lyrics that suggest tales of a Mediaeval source but are actually products of a childhood imagination. Romanticism, according to critics like Philip Aries and James Kincaid, created a rift between adult and child as two separate entities. Kincaid writes in his book Child-loving: The Erotic Child and Victorian Culture, “However much of childhood radiance is lost by the adult and however difficult the connections may be to recover, Wordsworth and Coleridge are not talking about two species staring at each other across the chasm of puberty but about a form of imaginative and spiritual continuity” (63). For Coleridge the child and his own childhood is a spring of “imagination and spiritual continuity”.  There is this idea of the child who is not marred by Blakean experience, untrammeled by the vicissitudes of life, is the engine of art.
I wonder though if we have misinterpreted the project of Romanticism proper. It is not that the child, as such, is the inspiration for art, but that art is born from the child. To be an artist one must be like a child in only one way: to wonder. Bridging the gap of experience, the only thing the artist takes with him from childhood, is wonder, but transmuted -- not the wonder of being in its fullness, which puberty finds it to be a sham -- but the wonder of being in its limits. For isn't the project of adulthood the wonder of being a philosopher? The fear of death no longer is the fear that there is no God, the fear of the child, but rather, that in death, we will no longer be able to philosophize.
Feel free to share your own ideas, below:
Posted by Greig Roselli at 1:55 AM No comments:

Literary Tropes: Into the Woods

In this post, I point out features of literature that attend to the trope of going into the woods. 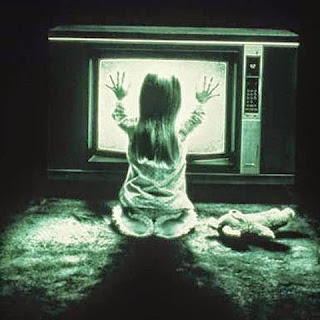 PDF Copy for Printing
Posted by Greig Roselli at 12:54 PM No comments: