On the Manufacture of Childhood Innocence

In this post, we present a quote by James R. Kincaid on the production of childhood innocence in contemporary culture. 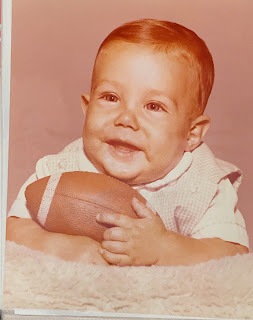 A Gloss on the Child and Wonder

Warning: This is merely a gloss and not a full argument. I am trying to think of the implications of the following issues for a larger paper on the topic of wonder: In 18th century British genre painting, the novel and lyrical poetry gives rise to the notion of the child as a category of spontaneity and innocence. Blake, exalts the child in his Songs of Innocence and describes experience as a rite of passage in the Songs of Experience. Art in this period glorified the child as well, like Gainsborough’s the Blue Boy. The child as imaginative exuberance fits nicely into the Romantic project for what poets like Blake, Wordsworth and Coleridge tried to do was to break away from the stodgy hierarchies of Classicism to create a new kind of poetry that favored immediate experience and truth-seeking through the natural, everyday things of life. Coleridge sought to find the extraordinary in the ordinary, creating nostalgic lyrics that suggest tales of a Mediaeval source but are actually products of a childhood imagination. Romanticism, according to critics like Philip Aries and James Kincaid, created a rift between adult and child as two separate entities. Kincaid writes in his book Child-loving: The Erotic Child and Victorian Culture, “However much of childhood radiance is lost by the adult and however difficult the connections may be to recover, Wordsworth and Coleridge are not talking about two species staring at each other across the chasm of puberty but about a form of imaginative and spiritual continuity” (63). For Coleridge the child and his own childhood is a spring of “imagination and spiritual continuity”.  There is this idea of the child who is not marred by Blakean experience, untrammeled by the vicissitudes of life, is the engine of art.
I wonder though if we have misinterpreted the project of Romanticism proper. It is not that the child, as such, is the inspiration for art, but that art is born from the child. To be an artist one must be like a child in only one way: to wonder. Bridging the gap of experience, the only thing the artist takes with him from childhood, is wonder, but transmuted -- not the wonder of being in its fullness, which puberty finds it to be a sham -- but the wonder of being in its limits. For isn't the project of adulthood the wonder of being a philosopher? The fear of death no longer is the fear that there is no God, the fear of the child, but rather, that in death, we will no longer be able to philosophize.
Feel free to share your own ideas, below:
Posted by Greig Roselli at 1:55 AM No comments:

the world does not provoke    the world is provoked

so
does              “the
world is too much with us”
mean
don’t be materialistic
?
or does it mean something like
there is nothing out there to catch the eye
because “we lay waste our powers …”
(to say something inside is a better argument, wordsworth?)
which is why giving up on nature walks is probably a good thing
the ants have nothing to say
“Little we see in Nature that is ours”
are not perturbed    really by being stared at,
or the moth
even the stumbled upon lizard,
pitifully its glistening eyeball falling out of its manacled socket
is not sorry    does not get its feelings hurt if moved off the pavement
the same if accidentally stepped on
or Wordsworth is writing about arrogance    ,    here
the panache of human beings to believe us so provocative!
something like prometheus stealing fire; his goddamn hubris —
for does he really think the tritons managed
such         a         gaze        can         he be that trite?

PDF Copy for Printing
Posted by Greig Roselli at 2:00 PM No comments: