Philosophy in the Classroom (Or, the Living Room): Five Resources to Get Young People Thinking About Ethics and Moral Decision Making

As we gear up for Summertime and Summer Reading, I am thinking about FIVE ethically-minded resources to share with young people. 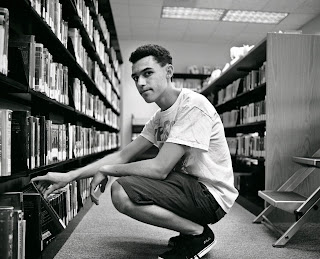 Photo by Aw Creative on Unsplash

1. The Ones Who Walk Away from Omelas — Ursula K. LeGuin's short(ish) story is about a nearly perfect society. But the inhabitants of this supposed utopia have a dark, hidden secret. The story becomes a thought experiment on moral values and what we sacrifice to live better lives for ourselves (at the expense of others).

2. Caught You! The Ring of Gyges from Plato's Republic - Do you only do what is right when others are looking? What if you could do whatever you wanted — would you still be motivated to do the right thing? Get kids thinking about these moral questions with a free "Philosophy in the Classroom" lesson plan I made on fairness and justice.

3. Plato's Allegory of the Cave in Plain Language - In this classic story from Plato, the Ancient Greek Philosopher imagines a shadow world where one prisoner longs to be free. Find out what the prisoner finds and the consequences of his discovery when he shares it with his friends.

4. Two Books by C.S. Lewis - This English author is a creative writer who instills imaginative and ethical thinking in children! I loved the Narnia books growing up — but you may not know Lewis wrote a prolific amount of books that do not include Mr. Tumnuis and the Pevensie children. It may be a little advanced for very young kiddos, but he wrote a beautiful book called The Four Loves. It is an extended essay on the different kinds of love. He also wrote a book based on the Greek Myth of Cupid and Psyche entitled Till We Have Faces — an incredible retelling of a classic tale.

5. Charlotte's Web by E.B. White — Don't be fooled by its children's book reputation. E.B. White has crafted a delicate book about growing up, friendship, and love. The first chapter, alone, is a lesson in moral decision-making skills that any kid will relate to and want to discuss in detail.
Sources:

Posted by Greig Roselli at 4:39 PM