A Lesson in Opposing Viewpoints: On Appearances and First Impressions

Don't trust too much in appearances. 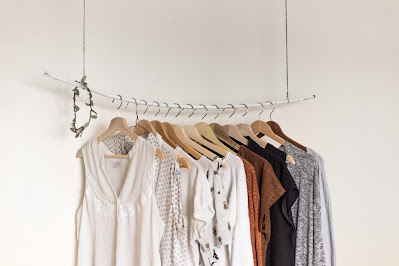 Photo by Priscilla Du Preez on Unsplash
Two Ideas About How One Ought To Present Oneself
Here is a set of dueling philosophies — one based on suspicion of outward appearance — and the other, an appraisal of appearance's worth in civilized society. Which one rings more true?
I want to trust in the idea that appearances do not tell the entire story of a person. However, I read once that the average person takes X seconds to make a judgment about a person they just met. Do I think you should dress appropriately for a job interview? Yes. But getting the job, keeping it, excelling at it, and growing as a person — will take more than appearances. So maybe the lesson is that you show the world what they want to see and hope they can see who you really are once you get your foot in the door. However, I am tickled by this notion that if we did not judge by appearances — as much — wouldn't the world be a better place. I am thinking of internalized racism — the idea that society is infused with systematic racist beliefs that undermine everyday people's ability to be successful. I had a boss that said, "Dress for success" and "Fake it till you make it," but I think she also told us in a work meeting that she says those things because we live in a world that does judge by appearances. One has to rise up to the occasion — but what about when we meet oppression and resistance to our goals because of our appearance?
The Moral Dilemma of the Two Television News Anchors
I think of a dilemma I once read: two television news anchors apply for a competitive job at a cable news station. The job requires facetime on-air every day during primetime television. The first candidate has a degree in media broadcasting, but they have a missing front tooth. The second candidate has a degree in English, but they score well on visual appeal (according to an internal poll). Is there a moral problem in hiring the second candidate based on visual appearance, only? This dilemma bothers me because most people I present this problem to will say, "Hire the candidate with the most experience and the best background for the job" — but I see on social media how people will degrade media personalities for the way they look. There is cognitive dissonance in our society.
Can We Have Our Cake and Eat It Too?
On the one hand, we want to celebrate ability and prop up a meritorious system based on skill and aptitude — but we are held back by our biases and what we deem "normal." How do we break the cycle? Let me know in the comments.
Sources:
Purchase this educational digital download on Teachers Pay Teachers, Amazon Ignite, Made by Teachers, and The Wheel
PDF Copy for Printing
Posted by Greig Roselli at 8:34 AM