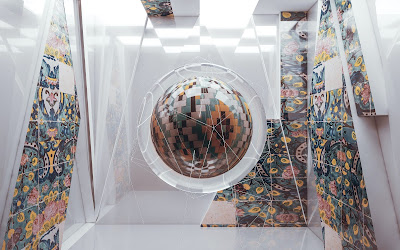 Literary terms are often tricky for students. So I came up with this guide for the perplexed. Paradox - a statement that is apparently self-contradictory or absurd, but really contains a possible truth. Sometimes the term is applied to a self- contradictory false proposition. It is also used to describe an opinion or statement which is contrary to generally accepted ideas. Often, a paradox is used to make a reader consider the point in a new way.

The term is from the Greek paradoxos, meaning “contrary to received opinion” or “expectation.” Here is a list of cogent examples.
The child is father to the man

All animals are equal, but some animals are more equal than others
George Orwell, Animal Farm

I can resist anything except temptation
Oscar Wilde

Death, thou shalt die
John Donne, "Death, Be Not Proud"

An example of a paradox in everyday speech:
Deep down, he's really very shallow

Theological Paradox: Christ died so we may have life!

Common Paradox:
Nobody goes to that restaurant; it's too crowded.

Physics Paradox
What happens if you are in a car going the speed of light and you turn the headlights on?

Nota Bene:
When a paradox is compressed into two words, as in “loud," silence,” “lonely crowd,” or “living dead,” it is called an OXYMORON.
For teachers:


I made a minilesson available on TpT —