Icarus, the Sun, and Why June is a Nostalgic Time

The Metropolitan Museum of Art has a drawing by Hendrick Goltzius that depicts the horror of Icarus's recklessness. The drawing reminds me of a story.


I love teaching. Although I came to the job in a peculiar way. My first stint at teaching was to ninth and eleventh graders in New Orleans. I love sharing stories. Myths, in particular, have a universal appeal — it's impossible not to be drawn into the allure of bad-ass myth-making. I have a memory of a lesson I taught to a ninth-grade honors class about the story of Icarus falling from the sky because he did not listen to his Father to veer AWAY from the sun. One student who did not show interest in myth confided in me after class that, "the story was cool."

The story has an allure because it's easy to relate to Icarus's lust for risk. It's why teenagers hang onto the bars on the back car of subway trains. The flip side to Icarus's disdain for limits is, of course, his father Daedalus's forceful, "No. Don't fly too close to the sun, son." It makes for engaging classroom discussions. If you are a teacher, try it out.

There are many versions of the tale. The internet is legion for various versions of out-of-copyright stories. I suggest J.F. Bierlein's translation in his compilation Parallel Myths. It's lean and to the point without eliminating the essential thrust of the story. 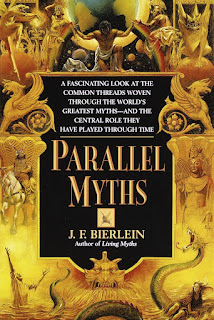 By the way — I suggest reading Theseus and the Minotaur as a companion piece to Icarus and Daedalus. Remember — it's Daedalus who was forced to build the labyrinth to conceal Minos's monstrous son from the public.

PDF Copy for Printing
Posted by Greig Roselli at 9:24 AM