Apple's New Creation (and I hope it's not called an iPad) 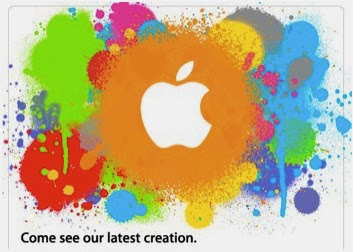 A company known for its draconian tactics to protect internal secrets, Apple is expected to announce its new creation tomorrow (which was sent out to "friends" last week but cannot be found on Apple's site).
Everyone is abuzz. Since Christmas, I have been reading blog forecasts about the secret Apple device. What's it going to be? Apple remains mute. The consensus among the technorati seems to be some kind of multi-touch super-sized iPod on steroids running a version of the Mac OS X operating system.

As David Pogue wrote in his blog, quoting Robert Burns, “There is no such uncertainty as a sure thing.” The certainty is so certain all of us are in some kind of suspended state of uncertainty: "What's it going to be?!" I have never experienced such a paradox: an emphatic declaration of a device's existence that may or may not exist. When journalists write about the iPad (I hope they don't name it this, as Mad TV humorously demonstrated), iSlate, iTablet, Mac Tablet, MacBook Touch - or whatever the damn thing's going to be called - it is usually prefaced with the epithet "the probable" or "expected" Apple miracle device. Are we talking about an unidentified flying object or a real thing? I dunno.

The device (which may or may not exist) has been deemed to have any number of features:

vendors will allow consumers to download lush, color graphic books, magazines, and newspapers. I must say if I can read National Geographic in full color and swipe the pages with my finger I want an iThingy too.

If the new device signs on with Verizon who's going to want a Nexus One? I really doubt though that people who will have bought a Nexus One anyway are going to drop it for Apple.

Adolescents and twenty-somethings will supposedly be wowed by the device which will undoubtedly beat anything the Playstation can do (Grand Theft Auto anyone?)

Well, if all you do is search the net and check email, then yes a multi-touch device would be an adequate replacement. But, anything more than that, in my humble opinion, is going to need a laptop or a desktop.

I have read it may have the following features:
Whatever "the creation" is, I have the same sinking suspicion as David Pogue, that "there are some aspects, some angles, that nobody’s guessed." Apple has been notorious in the past for concealing its hidden angles. Throughout the company's history, Apple has revealed products that wow the masses and changed the status quo. Here are some notable game-changing features Apple has wowed us with in the past:
With the company's successes, however, there have been some notable guffaws,
Amidst the mass of speculation, I think I can offer one piece of clear, objective fact. Whatever is unveiled at tomorrow's press conference in San Francisco will inevitably face the trial of the hoi polloi. If the announcement does not live up to its hype, then Cupertino will surely suffer. People will be quick to say, "Apple has lost its ability to produce cutting-edge products." If the product dazzles, then Apple shares will exponentially rise. But: here is the rub. How quickly can Apple's Research and Development team concoct the next WOW device before the public gets bored of this one (which is not even out yet!)? Apple has always been able to foresee a market niche even before the market realizes such a niche exists. Case in point is the iPhone. Apple realized creating content for the mobile web was the way go even though many phones on the market only had measly WAP access to the net.

Apple's greatest strength is its weakness. Can it continue to foresee market trends? With Google now in on the hardware market, I think Apple will have a tough time in the future staying above the rest. I personally do not think they have lost their edge.

My own prognostication is that tomorrow's device will surely wow us. We will be impressed. I have a hunch though, that by Christmas 2010, the technorati will be buzzing again about another fabled Apple device. The question is, can Apple keep up with this game? What will the rumors be in six months? The flexible Apple device that fits in the palm of your hand, feels like a book, but miraculously is made up of tiny nanomites that feed its internal architecture (thanks GI Joe)!

PDF Copy for Printing
Posted by Greig Roselli at 8:30 PM