Brief Philosophical Thought: On Everydayness and How to Live One's Life to the Zaniest

In this post, I tussle with Martin Heidegger's concept of "everydayness," — all the while having fun in the town of Catskill, New York (Why, not?!).

Martin Heidegger has this idea he calls everydayness. It’s a complex idea to explain, but somehow it has been on my mind. Everydayness is a condition of being in the world — with its routines, habits, conventions, etc. Let’s call them societal norms. And let’s further say societal norms were constructed to form a modicum of order and stability in living with others. Please don’t take my fish sticks, or I’ll murder you and all your kin. No one has time for that foolishness. So everydayness has its merits. But, then, it’s a tricky business when those same societal norms constructed to protect and carve out stability can also have the light effect of destroying freedom of self. Everydayness is being in a world where one is so caught up in the mundane busyness of living that one forgets how to live. For me — I feel a break from everydayness when I travel. When I’m not plugged into the typical 9 to 5 life. But something is terrifying about breaking away from everydayness. Because to break away from everydayness is to be authentic. And authenticity is most terrifying for one when one doesn’t know how to live outside the habits and conventions laid out for one. To wake up with nothing on one’s schedule, no one calling, no emails to answer, nothing demanding conformity — what’s left is the empty well of the self where authenticity is carved out. So I stick out my tongue. Get caught in the rain. Sit by the river. And feel the ache. The terror of being alive. Because life is so damn limited. A quick breath of air. Poof. You’re gone. What am I to do? And no — the answer is not in any advice or life coach’s guidance. I don’t know the answer. But at least let’s try.

PDF Copy for Printing
Posted by Greig Roselli at 4:00 PM No comments: 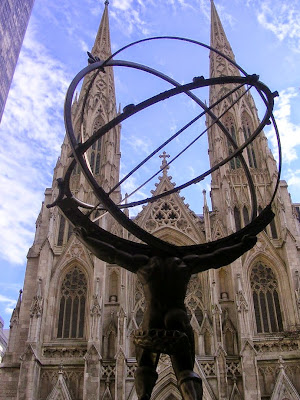 What is being?  What does it mean to be?  How does being situate itself in relation to the human being, Dasein?  How does the choice I make in the morning to get out of my cocoon of a bed reflect my a priori relationship to beingness, not only my own Being, but my relationship to the beingness of my bed, of the cat purring closer to the floorboard, to the beingness of those I encounter at breakfast?  Does this being-in-the-world irrevocably mark me as a human Being, made distinct by the metaphysical priority that having a world seems to grant?
Heidegger states in his book Being and Time, that the human Being, Dasein, has a certain facticity, he calls it, towards his own beingness, “such that its Being-in-the-world has always dispersed [zerstreut] itself or even split itself up into definite ways of Being-in” (83). Heidegger seems to suggest that Dasein’s Being not only resides in the world, but Dasein, specifically has a world, in which he makes Being his home.  In his Letter on Humanism, he writes that “Language is the house of Being. In its home man dwells. Those who think and those who create with words are the guardians of this home” (?).  Does my own encounter, my engagement, with the world, through my language, or my body, to put it that way, reflect my own rich interrelatedness to the world, my being-in-the-world, that differs from say, the chicken, in Clarice Lispector’s short story?  Does Lispector’s chicken have a specific facticity towards its own Beingness?  Can a chicken, in fact, have a facticity towards its Being?  Or is it , say, just a being, an aggregate that is not present, not at hand, independent, in its own Being-in?
The chicken seems, by the first paragraph of the story, to have a certain anxiety, that “No one would ever have guessed...”  Is it because the chicken has its own language by which it makes its own home that Dasein, the human being who seems to be rich in the world, does not have access to?  Can Dasein, only, feel anxiety about its own existence?  Can it only feel alone in the world, or make existentel choices about its own existence?
But Lispector asks, “What was it in the chicken’s entrails that made her a being?  The chicken, is, in fact, a being” (50).  Heidegger would argue that the animal, that the chicken, does not have a constitutive being that makes it independently its own Being.  The being of the chicken is poor-in-the-world because only Dasein can be-in-the-world.  Only Dasein has a world to inhabit, in this way, only Dasein has a Being that is verhanden, present-at-hand.  The chicken, by extension, does not have a world to inhabit.  The chicken is identical in appearance to all the other chickens, and its being is such, that if one were to die, like this chicken, another automatically appears to take its place.  Lispector seems to suggest that the chicken, for the most part, struts around the house, oblivious to its own existence, its own mortality, to its own relationship to the family, that wants to kill it, then wants to keep it, when it lays an egg, professing its maternity when the child of the house cries out, “Don’t kill the chicken, she’s laid an egg!” (51).
But in its apparent oblivious to its own place in the world, the chicken has moments of expressing its own beingness, by strutting her chest out, when she feels threatened, and seems to embody certain human categories: apathy, fear, anxiety, hesitant, solitude, dumb and intent.  But in its oblivious embodiment of characteristic human attributes, the chicken is, Lispector notes, “unconscious of the life that had been spared her.”  And like I said, at the moment the chicken is about to become lunch, about to be not only commodified, but, literally modified into chicken parts, the chicken is plopped down on the kitchen floor by the father.  “It was then that it happened.  Positively flustered, the chicken laid an egg.”  By exhibiting its motherhood, its somewhat complicit engagement with the human family, but at the same time, exhibiting its otherness, its chickenness, its obliviousness, “the chicken became part of the family.”
It is not as if Lispector is suggesting that the chicken became a member of the family in the same way that Dasein becomes a member of its own house, for in the final paragraph, in the final sentence, in fact, the tenuous nature of the chicken’s own Beingness is conscripted to its ugly consignment of a empty head, a chicken head, and the family kills her for dinner, “and the years rolled on.”
The chicken appears to be present-at-hand; it appears to strut its chest out like a proud mother, affecting its maternity, eliciting an emotional response from the child in the family to exclaim, “The chicken loves us!”
But this apparent being-present-at-hand is quickly taken into Dasein’s own hand.  What I mean is that the chicken’s own sense of power, its apathy, and fear, is quickly, and quite unceremoniously, consigned to a hollow silence. The chicken is, after all, merely a empty-headed entity, right? — devoid of any ethical dignity or care!  And it seems, from the story’s conclusion of the chicken’s own fate, that the chicken has not been denied, in its short life, life, its way of being — whatever that is! — but can it ever have a say in this life, outside of which is transcribed by the human other?!  What it has been denied, though, is a place in the world; its way of being, in Heidegger’s view, will never grant the chicken a metaphysical priority of that of Dasein.