Quotation: On Those Who Blindly Persecute Others

Forgive them, for they know not what they do. 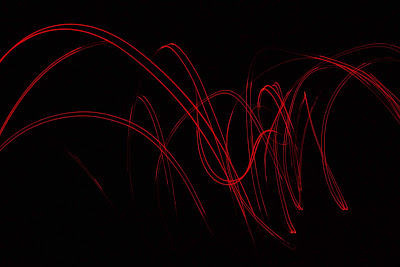 Alternative thinking:
Or should we? Why is their ignorance a condition for forgiveness? When Jesus says this line in the Gospel of Luke, it is at the moment the Roman soldiers tear off his clothing to ready his body for crucifixion. They also take his clothes and "cast lots" for who will get what of Jesus' meager possessions. It is a brutal scene, one that includes the crowd who shout "He saved others; let him save himself . . .".
The crowd represents us —
the humanity that denied Jesus. So Jesus is talking to us in this passage. On a broader note, Jesus is referring to what Hannah Arendt called the "banality of evil." The Roman Soldiers, the crowd, Pontius Pilate, the temple priests, and those who betrayed him — were they all calculating killers, hell-bent on ridding the world of a man from Nazareth who claimed he was the son of God? Arendt's argument is that evil is ground down to its basest, most formless level. We do not know the two soldiers who tear off his clothes and who cast lots — but they are the best representatives of the banality of evil in the story of Jesus. The brutality is so harsh, so physically brutal — it lays bare the extent of evil as this persistent "thing" that can materialize in a moment.
Jesus forgives. And I am not sure why.
Their crime is not something to be explained. To rationalize. And perhaps Jesus knows this. And accepts it. But doesn't condone it. Freed from it. We see it. As evil. For what it is. A heinous crime. Perpetrated against another human being. The woman battered and beaten in the park. A child killed by a stray bullet. A woman who has died alone. Violence perpetrated by hatred and racism. Jesus says, "Forgive them. They know not what they do." But he did not say, forget.
Note: The translation from Luke's Gospel is the King James Version of the New Testament

PDF Copy for Printing
Photo by Ryan Stone on Unsplash
Posted by Greig Roselli at 7:47 PM