Report: Earthquake in the Northeast 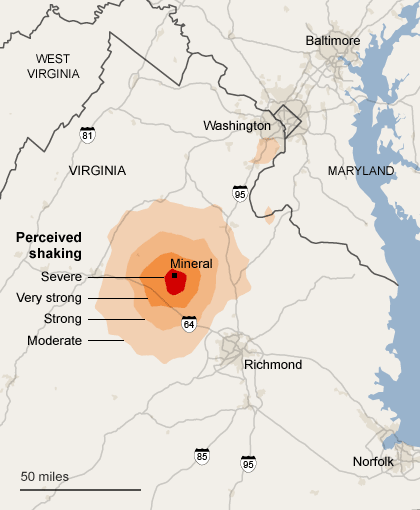 In this post, I record that time there was an earthquake felt in New York City.
Felt a Minor Shake
I was in a library near 14th street (320 miles away from the epicenter) when the quake occurred. I noticed the building sway but I thought it was due to the activity of a construction site next door.

It Was Barely Perceptible
It was not until the alarms went off in the building (twenty minutes after the initial seismic nudge) and when I heard some say "earthquake" that I knew what had happened.

I hope you did not shake too much!

PDF Copy for Printing
Posted by Greig Roselli at 8:54 PM