Now that summer is upon us, Americans hit the beaches en masse. To commemorate the start of summer, allow me to publish this piece I received from an anonymous blogger in Pensacola, Florida:

The True Colors of Freedom 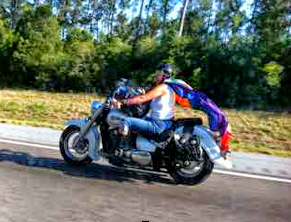 I find it interesting that once people held true to the claim that at the end of the horizon the world just dropped off. Worldly travel and exploration was stifled from fear of falling off, losing everything. Fear of falling and failing in life is the deadliest and at the same time most universal of all fears. When people face their fears, the world is a more free place to live. I don’t mean freedom in the “free for all” sense; I’m talking about the freedom that brings about peace, the kind that tears away at discrimination and prejudgment.

I experienced true freedom this weekend. A group of friends and I took a trip to Pensacola for the Memorial Day weekend. We were among thousands of others who set up tents along the beach. Some spaces were more elaborate than others. One site even had a professional DJ, with disco balls and all. We had a nice canopy tent and some chairs. In the American sense, we were middle class. Our arrangement was nothing elaborate but we had everything we would ever need or want: salmon and turkey sandwiches, vodka and lemonade,  beer, and towels. We decorated the side of our tent with groovy flags with an image of Louisiana, our home state. Now that I think about it, everyone had a flag of some sort posted at their site.

Two of our girlfriends embraced freedom by putting beach friendly pasties on their breasts and were topless while on the beach. They said they would have never done that if everyone around them was straight. Not only was it Memorial Day; it was Gay Pride. They were a hit--everyone loved them. Passersby's asked if they could take pictures of them. Our friends agreed as long as their faces wouldn’t be in the pictures. Everyone was free. When people are truly free, they can truly trust. Isn’t that what Memorial Day is all about?
Like the freedom of the early teen girl standing next to the anti-gay protesters who were shouting in front of one of the bars. The protesters reminded me of the demon figures at Mardi Gras. The girl next to these protesters reminded me of the little girl on Little Miss Sunshine. In the middle of men holding banners with scriptures on them and forcing patrons to read their tracks, this girl gently made her peaceful voice heard: “We love you, gays. Be free to be you...” She was with an adult who was holding a rainbow flag. Maybe it was her uncle, a friend or a parent. She spoke with gentleness and love that only comes from a free spot in one’s heart. 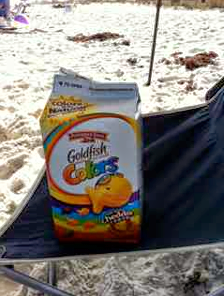 Our second night out was spent at Patty’s Irish Pub. We played darts: only $2 for 2 hours. We drank beer and ate pizza. At around 10 PM, the bartender made a courteous announcement not to play any jukebox songs because karaoke was about to commence. The karaoke singers were awesome--so much so, we did not want to ruin their night by trying to sing "Bad Romance" by Lady GaGa. We heard songs like “Brown Eyed Girl” and “I Love This Bar”. Our first night and our second nights out had something in common – diversity. I love the country I live in because of the people. For the most part people in America embrace true freedom, not at the cost of others but out of a sense of love of self, sister, and brother. This is what I remember on Memorial Day – thank you for all of us who stand for the true colors of freedom.

PDF Copy for Printing
Posted by Greig Roselli at 1:55 AM