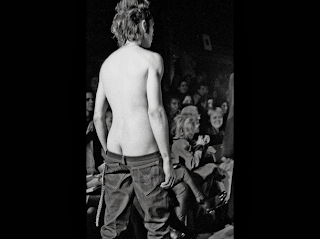 "Culture occurs at the edge" — attributed to Roland Barthes
Another thought about Alexander McQueen and the exhibit at the Metropolitan Museum of Art, "Savage Beauty," running until August here in New York City.