Book Review: The Passion According to G.H.

A review of Clarice's Lispector's novel, The Passion According to G.H. 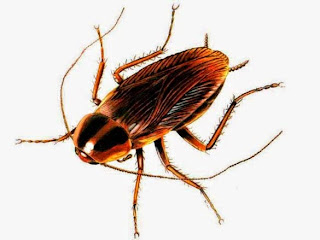 Kafka’s Metamorphosis comes to mind when I read Clarice Lispector’s book The Passion According to G.H

.  It may just be that a bug figures prominently in both books.

In Kafka’s story a man wakes up as a dung beetle, and his family, at the horror of what he has become, refuse to acknowledge his existence as a bug and Gregor dies of starvation. In Lispector’s story a woman confronts a cockroach she wants to kill and in the process of eliminating this invader, she co-identifies with the insect.  In both stories, there is a radical representation of an “other” entirely alien from what we would call “human.”  The bug of Lispector and the bug of Kafka repulses us. The bug repulses G.H. She is an otherwise  Mrs. Dalloway-kind-of-character. She is haughty and refined.

The novel begins with her epiphanic face-to-face standoff with a cockroach which she half-smashes in her doorway, watching it writhe in its final death throes. And after its white ooze has vacated its exoskeleton, she takes the carcass of the creature and consumes it in a kind of immanent form of communion.

With the consumption of the body of Christ in the form of bread at a Eucharistic celebration, there is supposed to be a kind of transcendent moment that touches the divine, for G.H. there is nothing like transcendence in her consuming of the cockroach. This is pure immanence, baby. In G.H.’s immanent vision — and to call it a vision is really a misnomer —  there is no transcendent moment for G.H.

Actually, she cannot describe the communion she has with the roach in words.  She is at that moment of consumption gone beyond instinctual drive to kill the roach and beyond her repulsion of the creature’s ancient and irreducibly alien existence and has reached for herself a state of immanence, which if described by language would deny the act as being, in of itself, immanent — which means, by the way, “within itself.”

At the moment of this strange climax, G.H. has pulled herself out of her own bootstraps and reached, in the nearest way possible, a kind of creaturely existence.  Unlike Gregor in Kafka’s moribund tale, who is transformed into a bug against his will and killed because his immanence is intolerable to the humans he lives with, G.H. chooses to find immanence in an uncharacteristic way.

Going to her maid’s room to tidy up the space, she catches sight of the bug and an instinctual rage propels her to exterminate the creature, to dominate it, to stand-over-and-above-it. Her action is similar to what Sartre does intellectually in Nausea

, when he addresses the tree stump in a Parisian park and declares that he can stand above the rootness of the tree.  But for G.H., coming face to face with the cockroach’s mouth, with its eyes like a girl about to be married, pondering its multiple layer of cretinous skin, she herself becomes like a stupid beast. She also goes further than what Sartre proposes; Sartre manages his nausea by leaving the stump triumphant. Sartre says, “Ha. Stump. I am better than you!”  G.H. wants to see what is on the other side of the human/animal divide. She wants to reach what Baudelaire longed for in his prose poem about what would the conscientiousness of a beast be like. In the poem, Baudelaire dreams of being like the animal bête because it is oblivious to cares and to concerns. Baudelaire may be referring to his mistress in misogynist terms here, but the brute fact that the creature does not have to choose, I guess, is the implication.  While for Sartre, the ability to choose, to stand-over-and-above the brute creature is the existentialist definition of what it means to be human; it is the ability to define the essence of our being by freedom of choice that marks existentialist thought so well — some would say happily — especially if you find it repulsive to be one with the creature like G.H. and Baudelaire.

I read some of the passages from The Passion to a friend who had never heard of Lispector.  And he basically told me that he is repulsed by cockroaches and would never have done what G.H. did. Most of us are like my friend here. Most of us, including myself, have never stooped to the eye level of the cockroach to identify with it and then, literally, to embody it.  Perhaps for G.H., the ability of choice, that marks us as human, smacks of painful consciousness, an experience she is trying to escape from as if she is trying to be without being, to see without seeing, or to ingest without ritual. Like the medieval flagellant who exposes his body to the whip to feel pain, so does G.H. wish to eradicate her consciousness.  The encounter with the roach is an attempt to eradicate the trappings of culture and consciousness.  But why?  She says that she wants to desist as opposed to exist. To exist means “to stand outside of.”  To desist means “to stand from” as if to stand neutrally.  And she says that the animal insists. The animal stands from within.

PDF Copy for Printing
photo credit: thenewhereheretics
Posted by Greig Roselli at 11:52 AM